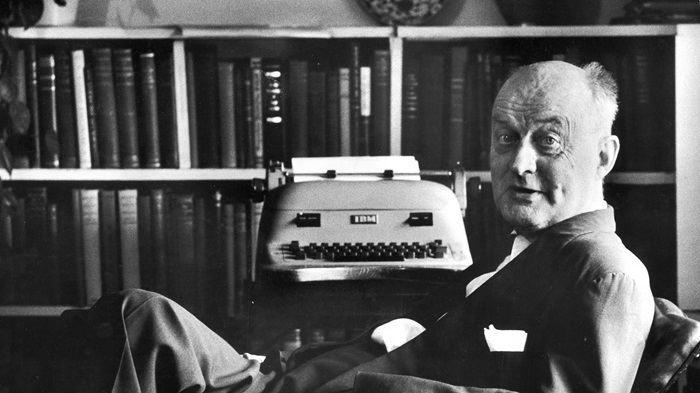 From Carter to Comey, the legacy of “Washington’s Favorite Theologian”  endures.
Christianity Today, Elesha Coffman, May 19, 2017

Here are five aspects of Niebuhr’s work that help explain his enduring relevance.

Niebuhr titled his 1938–40 Gifford Lectures (the most illustrious theology lecture series in the world) “The Nature and Destiny of Man.” On page 1 of the published volume 1, he wrote, “Man has always been his own most vexing problem. How shall he think of himself?” By page 2, he was pondering “the admitted evils of human history,” “the question of the value of human life,” and “whether life is worth living.” These are not questions limited to a single church, era, or school of biblical interpretation. The resources Niebuhr brought to bear on them were similarly broad, encompassing Hebrew and Christian Scriptures; ancient, medieval, and modern theology and philosophy; and the social sciences.

Positively, the grand scale of Niebuhr’s work meant that he could engage almost anyone. Who hasn’t wondered about the problem of evil or the value of human life? (Scribner’s was sufficiently convinced of the appeal of The Nature and Destiny of Man to publish a two-volume, mass-market paperback edition in 1963. The Modern Library ranked it one of the top 20 non-fiction books of the 20th century.) On the other hand, big books full of big ideas are prone to divergent interpretation. It makes sense that people from different points on an ideological spectrum could look at Niebuhr and see what they’re looking for while missing what others see in the same work.

The early 1900s saw the rise of strain of liberal theology famously caricatured by Niebuhr’s brother, H. Richard Niebuhr, in the sentence: “A God without wrath brought men without sin into a kingdom without judgment through the ministrations of a Christ without a cross.” Reinhold joined his brother in disdaining this glib gospel, especially in light of the horrors of WWI and WWII. In earlier work, such as Moral Man and Immoral Society (1932), he held out hope that individuals could choose selflessness and justice motivated by love, but he cautioned that groups of people would always seek their own advantage to the detriment of others. “The larger the group,” he wrote, “the more certainly will it express itself selfishly in the total human community.”

He eventually grew more pessimistic about individuals as well, viewing them as not only prone to do bad things but as indelibly tainted by original sin. In 1954, when asked by This Week magazine to identify the key verse in the Bible, he selected Ephesians 4:32 (“Be kind and compassionate to one another, forgiving each other, just as in Christ God forgave you.”) Andrew Finstuen explained in Original Sin and Everyday Protestants, “For Niebuhr, without an acknowledgement of the universality and inescapability of sin, Christianity—and by extension his deeply Christian criticism—had no center of gravity.” Each historical recurrence of man’s inhumanity to man affirms this insight.

Niebuhr didn’t always agree with his brother. In 1932, they exchanged articles in The Christian Century on the topic of American intervention against Japanese imperialism and, more broadly, Christian involvement in politics. H. Richard argued for “The Grace of Doing Nothing,” but Reinhold countered, “Must We Do Nothing?” Reinhold became an early, vocal advocate for American entry into WWII, a stance that accelerated a rupture with the pacifist editor of the Century and led him to launch his own magazine, Christianity and Crisis.

The United States continued to pursue activist internationalism after WWII, under both Republican and Democratic administrations, so Niebuhr’s blessing of such actions remained popular. Although Niebuhr never held political office (his 1932 run for Congress, on the Socialist party ticket, failed), he became a political figure, founding Americans for Democratic Action and serving on the Council on Foreign Relations. In this sense, politicians who claim fealty to Niebuhr aren’t so much admiring a prophetic outsider as heaping laurels on a hero of their own tribe.

The main thing that prevented Niebuhr from being a court theologian for the American political class was his rich sense of irony, most notably expounded in The Irony of American History (1952). Just as the United States was draping itself in righteousness for an epic battle against godless Communism, Niebuhr warned how easily America’s virtues could become vices, how often the nation declaimed the speck in another’s eye while ignoring the plank in its own, how many times the best-laid plans resulted in disaster.

In a Pew Forum on Niebuhr in 2009, Wilfred M. McClay highlighted a quote from the book, “We take, and must continue to take, morally hazardous actions to preserve our civilization. We must exercise our power. But we ought neither to believe that a nation is capable of perfect disinterestedness in its exercise, nor become complacent about particular degrees of interest and passion which corrupt the justice by which the exercise of power is legitimated.” In other words, Niebuhr said to American leaders, go ahead and throw your weight around, but don’t pretend that your motives are pure, and don’t be shocked if you achieve something less than justice. The first part of that advice has been heeded more often than the latter two.

5. He really did write the Serenity Prayer.

Tracing the authorship of this famous prayer (“God grant me the serenity to accept the things I cannot change, courage to change the things I can, and wisdom to know the difference”) became something of a cottage industry a few years ago, but the best available evidence supports Niebuhr’s authorship. This is relevant to assessing his enduring appeal for a couple of reasons.

One, many, many people—including countless members of Alcoholics Anonymous—know something of Niebuhr’s theology even if they have never heard his name. Two, the prayer is a reminder that Niebuhr was a pastor (Evangelical and Reformed Church) before he was a celebrated theologian and foreign policy expert, and faith was not merely an intellectual exercise for him. He speaks to leaders of the free world as well as individuals trapped in addiction. For all of these reasons, he remains worth wrestling with.

Elesha Coffman is assistant professor of history at Baylor University and author of The Christian Century and the Rise of the Protestant Mainline (Oxford).