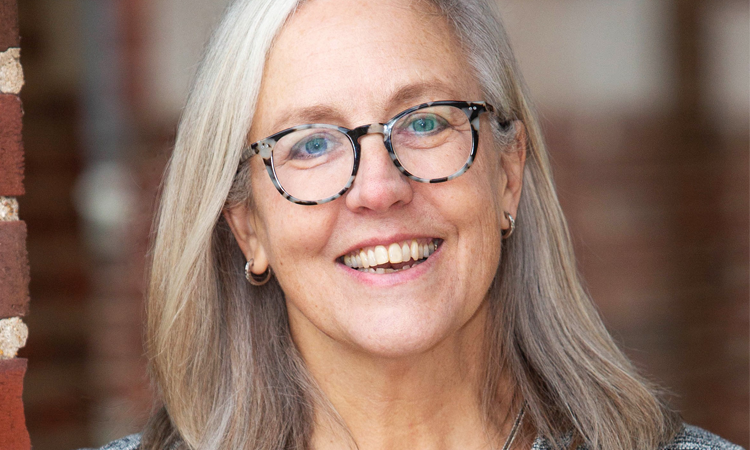 ST. LOUIS (Dec. 10, 2019) – The Board of Trustees of Eden Theological Seminary today announced the appointment of the Rev. Deborah Krause as president. Krause, the first female president in the Seminary’s history, will guide the institution as it works on multiple fronts to expand its role as a leading resource for Progressive Christianity and a catalyst for social justice.

Krause has long been a familiar face at Eden, currently serving as professor of New Testament studies. An ordained minister of the Presbyterian Church (USA), Krause has been a member of Eden’s faculty since 1992 and served as the multidenominational Seminary’s academic dean from 2005 through 2018. Among her accomplishments over this time were a comprehensive curriculum revision completed in 2016 and inclusion efforts that have substantially boosted diversity on Eden’s campus. She is also a prominent voice advocating for social justice in the St. Louis community and beyond, leading efforts like the Seminary community’s participation in the Ferguson Freedom Movement after the officer-involved shooting death of Michael Brown in 2014.

In her new role leading the Seminary, Krause plans to extend and expand upon the Seminary’s initiatives to bring people together to forge a joy-filled future for Christianity. In recent years, Eden has launched multiple new programs to advance its mission, retaining a strong focus on preparing tomorrow’s church leaders while also creating and strengthening ties to the business community, civic organizations and interfaith initiatives. New offerings include a degree program in Community Leadership and Next Steps, a non-degree program designed to help retirees to find new callings to support their communities.

“Eden has long served as a pillar of the Progressive Christian Movement, and I’m excited for the opportunity to help strengthen and expand its role in the months and years ahead,” Krause said. “The theological education provided at Eden empowers church and community leaders to explore their faith, pursue racial equity, promote interfaith collegiality and strengthen the resiliency of the church. We will work to build on this foundation moving forward.”

Krause will succeed David Greenhaw, who plans to retire in the summer of 2020 after a 23-year tenure as Eden’s president. Krause will officially take on the new role on July 1, 2020, after a transition period working in partnership with Greenhaw.

“Deborah Krause has extraordinary gifts and brings deep wisdom to this work. She is ready to lead Eden,” Greenhaw said. “No one loves Eden more than Deb, and no one will work harder for Eden’s future.”

Krause was selected for the position after an intensive search process led by Eden Board of Trustees chair and former president and CEO of Parents as Teachers Dr. Susan Stepleton and board member and retired Energizer Holdings CEO Ward Klein.

“We conducted an exhaustive search process over six months, working with a renowned national search firm,” Klein said. “After hundreds of contacts and consideration of dozens of strong candidates, we are excited about the board’s selection of Dr. Krause as Eden’s next president.”

About Eden Theological Seminary
Founded in 1850, Eden Theological Seminary in St. Louis, Missouri, is called to strengthen the life of the church by educating women and men for ministry, enlivening critical reflection on faith, and supporting bold Christian discipleship. Despite changes in the religious landscape, Eden is thriving through its focus on working together with others to forge a joy-filled future for Christianity. That means not only training tomorrow’s faith leaders, but also being an ally and a catalyst for the community. We fight for the marginalized, for interfaith unity, for ethics across business and civic activity, and ultimately for the greater good.