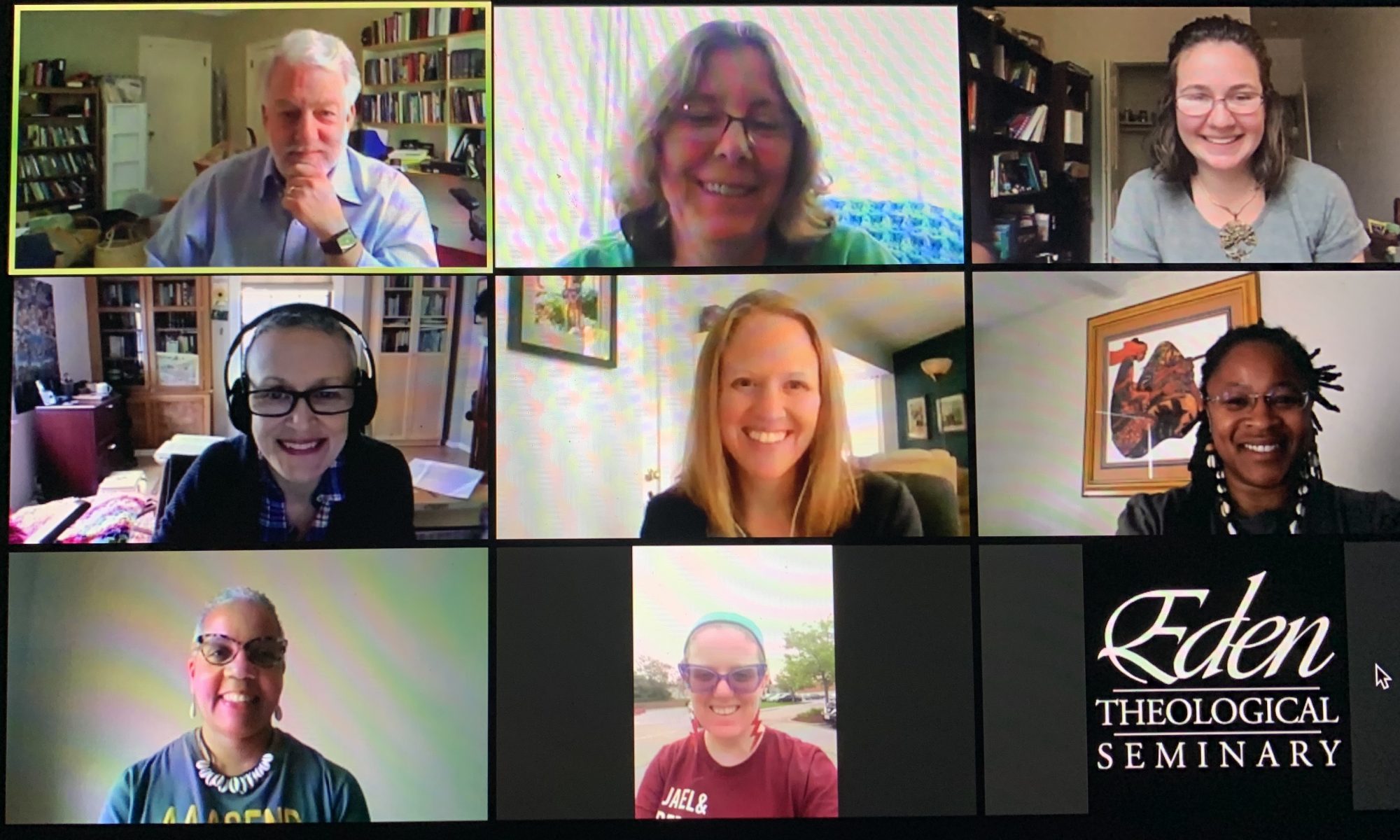 Today, Eden Seminary hosted its first Virtual Awards Ceremony. This is a time to honor students for their hard work during the academic year. The ceremony was hosted over ZOOM since this is a time of being physically distant. Here are this year’s award recipients.

Senior Preacher:   Renee Johnson
This awardee is chosen by the faculty as an affirmation of gifts for preaching and worship leadership. The senior preacher normally preaches at the in-person Spring Convocation.  That Convocation was held on-line for 2020.  Instead, Renee Johnson was the preacher for Eden Seminary Chapel on April 20th.

Edith and Robert T. Fauth Book Award: Rachel Helton and Sabrina Trupia
The Edith and Robert T. Fauth Book Award recognizes the importance of an educated and learned clergy, the importance of books and learning resources and the need for an adequate personal library of the pastor, and is given to the Master of Divinity student having the highest academic ranking at the end of the first year of study.

Warren H. Seyfert Memorial Book Award: Cory Lovell
The Warren H. Seyfert Memorial Book Award is given to a student in loving memory and appreciation of the life and ministry of Warren H. Seyfert, a graduate of Eden Seminary in 1946. It represents his belief that religion should take hold of people’s lives during the week as well as on Sunday and that the pastor’s life should be an example of participation and leadership in wider community, particularly around the issues of social justice, mental health and ecumenism.

Milton and Jesse Hoffman Book Award: Timica Emerson
This Award recognizes the importance of books and learning resources and the need for an adequate personal library of the pastor. The Award is given to a Master of Divinity degree student with preference to a student from Hope United Church of Christ, St. Louis, or a student serving that congregation in the Contextual Education capacity.

In case you missed the live event or wish to share the students’ success with others, here is a video from the virtual ceremony.