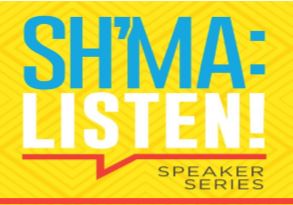 Eden Theological Seminary welcomes everyone to this special opportunity of learning and interfaith engagement.

Humanity in the Image of God: The Bible’s Moral and Theological Revolution

The idea of being created in the image of God was found in the ancient world before the Bible took shape, but the Bible takes the idea and turns it on its head. By comparing the Biblical idea with its ancient Near Eastern counterparts, we’ll begin to understand the Bible’s revolutionary perspectives on human dignity, moral responsibility, and a sense of shared humanity. Along the way we’ll also gain new perspectives on the Bible’s view of humanity’s relationship to the rest of the created world. Rabbi Shai Held is President, Dean, and Chair of Jewish Thought at Hadar, where he also directs the Center for Jewish Leadership and Ideas. Rabbi Held holds a doctorate in religion from Harvard University, and he is the 2011 recipient of the prestigious Covenant Award for excellence in Jewish education. He is the author of Abraham Joshua Heschel: The Call of Transcendence (2013) and The Heart of Torah (2017).

About the Arnold Asher Memorial Lecture

Rabbi Arnold Asher served Senior Rabbi of Shaare Zedek Synagogue from 1971-78. He had previous served B’nai Amoona Congregation as Assistant and Associate Rabbi. His sudden death of a heart attack at the age of 43 left the congregation and community in deep shock. His influence was immense, and his teachings concerning love of all people were central to his Rabbinate. This lecture, as well as others which are open to the entire community, are a fitting tribute to him on the occasion of his 40th Yahrzeit.

Light refreshments will be served.