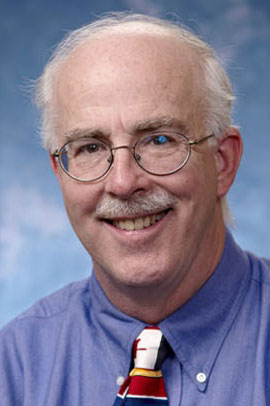 Clint McCann’s research and writing have focused on the Psalms. A noted biblical scholar, he served as chair of the Psalms Section of the Society of Biblical Literature for ten years.  His publications on the Psalms include:  The Shape and Shaping of the Psalter (1993); A Theological Introduction to the Book of Psalms: The Psalms as Torah (1993); the Psalms commentary in The New Interpreter’s Bible (Vol. 4; 1996); Preaching the Psalms (2001); Great Psalms of the Bible (2009); Psalms: Immersions Bible Studies (2011); and annotations on the Psalms in The Access Bible, The Learning Bible, and The Discipleship Study Bible.  Dr. McCann is also the author of numerous articles and essays on the Psalms and other biblical material.  Most recently, he served as Consulting Translator of the Book of Psalms for The Common English Bible, and he wrote the introduction to and annotations on the Psalms for The CEB Study Bible (2013).  He is also the author of Judges (2002) in the series Interpretation: A Bible Commentary for Teaching and Preaching.

Dr. McCann frequently teaches beyond the Eden campus.  Over the years, he has lectured or taught for church groups or academic gatherings in 27 states. During the summers of 2007-2010 and 2012-2013, he served as Resident Minister of the New Piasa Chautauqua near Elsah, Illinois.

Dr. McCann is especially interested in the intersection of religion and culture. His book entitled Facing the Music: Faith and Meaning in Popular Songs (2009) is an indication of this interest, and he frequently uses songs and videos in his teaching.

Dr. McCann is also committed to attempting to practice what he teaches. He is active with CROP/Church World Service, Bread for the World, Heifer International, and International Partners in Mission; and he is an Associate Member of the Iona Community, which is based on the Isle of Iona and in Glasgow, Scotland, and which is dedicated to the pursuit of justice, peace, and the flourishing of all creation.

“I try to instill in my students the idea that academic inquiry is a way to deepen their faith. Questions and new ideas are always a stimulus to think, and the simplest definition of theology is ‘thinking about God,’ especially about the astounding implications that the Bible portrays God as unfailingly gracious, merciful, and loving on a world-encompassing scale.”

Dr. McCann is a Teaching Elder in the Presbyterian Church (USA), and served as a pastor in North Carolina from 1978-1987.  His wife, Sarah, is one of the pastors of Hope United Church of Christ in St. Louis; and he has three daughters—Jennifer, Sarah, and Annalise—and a son, Ian.